Day 19 of the Israeli attack on Gaza. The toll until now: 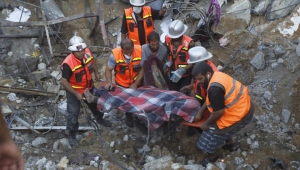 These war crimes could not continue without enablers, accomplices.

On July 23 the United Nations Human Rights Council (UNHRC) met in special session to consider the matter of war crimes, and decided “… to urgently dispatch an independent, international commission of inquiry, to be appointed by the President of the Human Rights Council, to investigate all violations of international humanitarian law and international human rights law in the Occupied Palestinian Territory, including East Jerusalem, particularly in the occupied Gaza Strip, in the context of the military operations conducted since 13 June 2014, whether before, during or after….”

For people of conscience who feel helpless to stop these war crimes, the international boycott, investment & sanctions (BDS) movement offers these suggestions for action.

One thought on “War crimes”