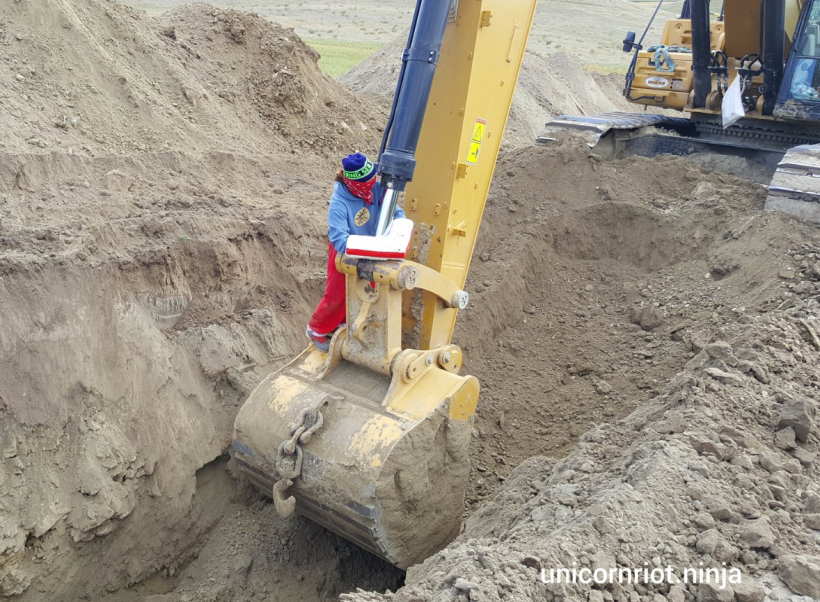 DNB, the largest bank in Norway, has just sold its assets in the Dakota Access Pipeline (DAPL).  Reports are unclear on the extent and nature of these assets (or maybe I just don’t know how to translate financialese).  However, by all accounts the assets dumped by the bank are substantial.

Further, DNB is now considering the withdrawal of its loans to the project as well, which would leave a major gap in the project’s financing.

A first crack in the banking wall, DNB’s move is a direct result of steadfast resistance to the invading pipeline by the besieged Standing Rock Sioux and their allies, and escalating public pressure on the banks to divest from it.

This week from the Sacred Stone Camp, ground zero, comes a stark breakdown of why Energy Transfer Partners (the DAPL perpetrators) are pushing so aggressively to complete construction.

The stakes are incalculable: on one side, billions of dollars in profits, on the other side, survival.

Contact information for the CEOs of DAPL and other Bakken pipeline-complicit banks is here.  If you bank with one of them, how about letting them know you might not?