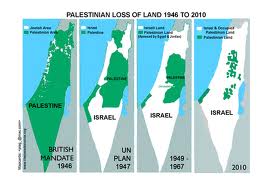 By now it is starkly clear that the so-called “two state” solution in Palestine-Israel is dead, effectively killed by colonization, racism, and brutal repression.  So what’s left to imagine?

Impossible, many say.  Israel would never allow it, unless Palestinians were either eliminated or contained on reserves as in North America, a model much admired by the Israeli regime.

On the other hand…

Common State: a potential conversation, a new documentary by Israeli film-maker Eyal Sivan, creates an encounter between Palestinian Arabs and Israeli Jews who dare to imagine a shared future.

The film-maker conducted twenty interviews with politicians and settlers, legal experts and artists, older and younger people, Ashkenazi and Sephardic Jews, Palestinian Arabs in Israel and in the occupied territories.

Each responds in her/his mother tongue to the same questions from Eyal Sivan.  The screen is split into two, with Israeli Jews and Palestinians in parallel: one listens, one talks, and vice versa.  The goal is to enact a meeting between two realities which in the current picture remain deeply separate and fragmented.