Good news from Anna Baltzer, National Organizer with the US Campaign to End the Israeli Occupation:

The Quaker Friends Fiduciary Corporation (FFC) has become the first national fund in the United States to divest from Hewlett-Packard and Veolia Environment, based on the companies’ involvement in the Israeli occupation of Palestine. 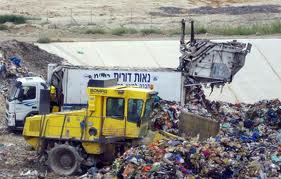 According to the Executive Director of FFC, Hewlett Packard was dropped for providing information technology consulting services to the Israeli Navy, while Veolia Environment was removed due to “environmental and social concerns.”

Hewlett Packard maintains a biometric ID system used in Israeli checkpoints for racial profiling; manages the Israeli Navy’s IT infrastructure; and supplies the Israeli army with other equipment and services used to maintain its military occupation.

Veolia is involved in a light rail linking illegal Israeli settlements with cities in Israel; it operates segregated bus lines through the occupied West Bank; and it operates a landfill and a waste water system that dumps Israeli waste on Palestinian land.

FFC handles investments for over 300 Quaker meetings, schools, organizations, trusts, and endowments across the U.S., with over $200 million in assets.  At last count, FFC held investments of more than $250,000 in Hewlett Packard and more than $140,000 in Veolia.  [MR: Admittedly not huge amounts, but both divestments are crucial precedents.]

The decision to divest followed advocacy from member group Palestine Israel Action Group of the Ann Arbor Friends Meeting, which also successfully urged FFC to drop its $900,000 in Caterpillar shares in May. Caterpillar produces and sells bulldozers to Israel that are weaponized and used to destroy Palestinian homes, schools, hospitals, olive groves, and lives.  FFC has a “zero tolerance for weapons and weapons components.”

The US Campaign to End the Israeli Occupation commends Ann Arbor Friends Meeting and the Friends Fiduciary Corporation for this landmark decision, in line with FFC’s commitment to invest only in companies that “contribute positively to a peaceful, sustainable world.”

The Quakers are already under attack for their principled initiative.  If you support their decision, you can let them know here.