In case you joined this blog in the past few days, and have not received notice of the previous post (From inside Gaza…), here’s an update: 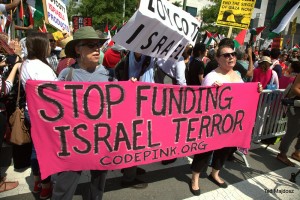 Many of us feel enraged but helpless in the face of Israel’s war crimes, and the active complicity of elected governments across Europe and North America. The rage is justified,  but we are not helpless. There is something we can do.

Here is an urgent call to action from inside Gaza, via the international BDS Movement:

“We Palestinians trapped inside the bloodied and besieged Gaza Strip call on conscientious people all over the world to act, protest and intensify boycotts, divestments and sanctions against Israel until it ends this murder…”

Read the full call from inside Gaza here.

Here are 9 ways to support Gaza.