“I have seen what happens when standards of decency, human rights and ethics are thrown out in a wave of totalitarian or government zeal.” Steven Reisner, member of the Council, American Psychological Association, and co-founder of the Coalition for an Ethical Psychology. 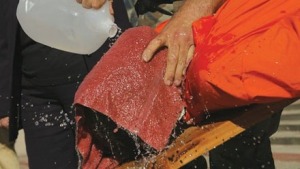 A shining moment: On Friday, August 7 in Toronto, Canada, the American Psychological Association voted to bar its 80,000 members from any further collaboration in ‘national security interrogations,’ ie torture by the American government and its agencies.

This historic shift was hard won, after a decade of grassroots organizing to counter APA executive deceit and collusion with the CIA.

A report on collusion between the CIA and the former executive of the APA, is here.

For a provocative critique of psychological/psychiatric abuse of power, see Bold Scientists.  An excerpt is here.  Scroll down to chapter 7, ODD.

One thought on “First, do no harm”