Fracking:  aka hydraulic fracturing of the earth’s crust to extract gas and oil.  Aka “unconventional gas drilling,” the industry’s preferred PR term.  Unconventional — sounds intriguing, even a little adventurous, no? 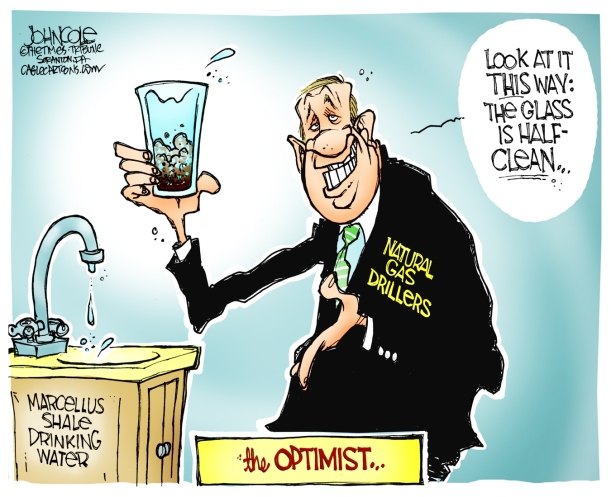 Under siege by mounting evidence of the immense harm they do, the industry and its government enablers now sell fracking as a “benign bridge fuel” to future renewables.

That isn’t PR, its BS.  Check this out: ‘Benign’ Fossil Fuels? No Such Thing.

In the US, the scourge of fracking has already invaded far and wide, so people have to fight an uphill battle against huge forces to stop it.

In Ontario, Canada, this is not the case.  Not yet.  People here still have a chance to block the nightmare before it takes hold.  To that end:

Ban fracking in Ontario, a petition now circulating on Change.org.  True, legions of petitions come and go on the internet, and many of them have limited impact.  On the other hand, silence implies consent.  So what are you going to do?  The petition is here.