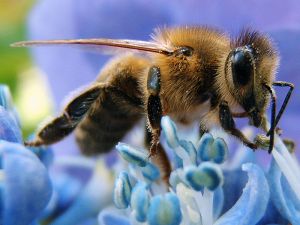 Bees keep us alive.  They and other insects pollinate two-thirds of all food crops.  No pollination, no food crops.

Bees and other pollinators are in great peril, their populations in sharp decline worldwide. A growing body of evidence identifies neonicotinoids, chemical pesticides that impair the neurological systems of insects, as a key factor in the decline.

Some of these chemicals are already banned or restricted in several European countries.  Yet neonicotinoids remain the most widely used pesticides on earth, generating enormous profits.

Scientists gather and interpret data to make the necessary links between neonicotinoids and bee collapse.  But in Canada and the USA scientists whose findings conflict with the corporate agenda are under escalating attack.  Currently in the US:

“Your words are changed, your papers are censored or edited, or you are not allowed to submit them at all.” – a senior scientist at the US Department of Agriculture Research Service.

Follow the Honey, a report from Friends of the Earth, exposes how agrochemical corporations obscure links between their chemicals and pollinator decline, and block government regulation.  Read it here.

For more on the battle for honest science, have a look inside Bold Scientists.