“Who’s to say, now that Google has become an arm of law enforcement, how long that arm will reach?  I mean, can we really trust a giant transnational corporation to have our best interests at heart?”  Thom Hartmann, The Daily Take, via Truthout, August 06 2014. 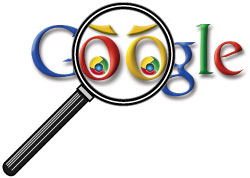 Bloomberg News, a US business paper, August 2013: “The government uses corporations to circumvent its prohibitions against eavesdropping domestically on its citizens. Corporations rely on the government to ensure that they have unfettered use of the data they collect.”

In Bold Scientists: dispatches from the battle for honest science, I asked David Lyon about the comforting mantra that if we’ve done nothing wrong, we have nothing to fear.  Director of the Surveillance Studies Centre, Queen’s University, Kingston, Canada, Lyon replied:  “The idea that I’m innocent until proven guilty is seriously compromised if I’m placed arbitrarily in a category of suspicion, and the reassuring notion that if I have nothing to hide I have nothing to fear is completely falsified when my name is put on a list about which I know nothing.”

Take this blog, for example.  Its purpose is to share news and questions about how science is done, and what impacts it has on nature and humanity.  But what’s to stop Google from deciding that a blog critical of Google should be shut down?

There are alternatives to the giant trawler called Google.  None of them is 100% secure, but at least some browsers are less inclined to sell us all to the highest bidder.  One example: DuckDuckGo.  And others.

So who cares, some say.

David Lyon again:  “Indifference is appropriate only for those who think that efficiency, convenience and speed qualify as values to be placed over openness, fairness, and the accountability of those whose task it is to process personal data.”

Join David Lyon in tracking the trackers.  Bold Scientists: dispatches from the battle for honest science, coming September 4, 2014 from Between the Lines.