Recently he announced a grand new plan : internet.org, a consortium of corporations and government agencies that will harness an array of drones, satellites and other technologies to wrap the entire world in a vast global WiFi. 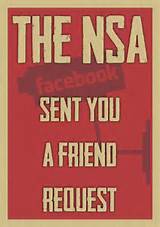 The primary government partner? None other than the US National Security Agency.

This is beyond sinister, says writer/internet activist/organizer Alfredo Lopez.  “The NSA spies on everyone it can.  It collects all the data it can.  It has shown no respect for people’s rights or for constitutional restrictions.  It is a criminal organization and, under this plan, it would control Internet access for large parts of the world.”

So much easier than the cumbersome business of Facebook handing over our data to the NSA. Via internet.org they can both vacuum it up at the same time.

And note that drones, which already serve as Big Brother’s remote-control weapon of mass destruction, will be among the primary vehicles.

Follow the ever-deepening surveillance story in Bold Scientists: dispatches from the battle for honest science, coming from Between the Lines, autumn 2014.